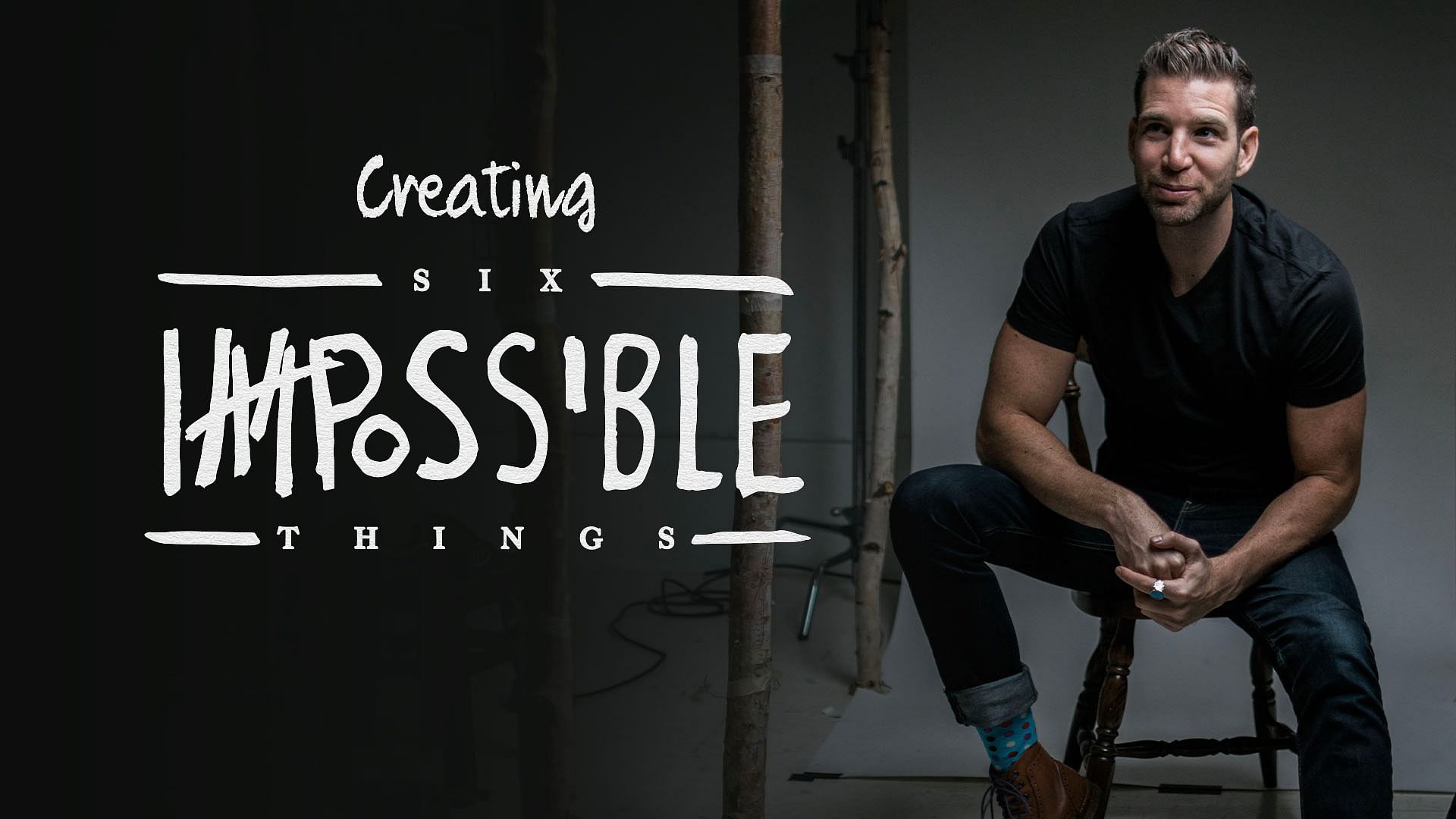 I was having lunch with comedian and magician Harrison Greenbaum, and something he said to me over Dim Sum—an innocuous suggestion on the surface—would lead to something that made it possible for me to create Six Impossible Things. This is an essay about the creation of my show, but it’s really more about how the smallest, simplest tweak from a friend can be the catalyst for something special.

I already had the idea for a show where I would go small where most others were trying to go big. No more than twenty people, I thought, and I wanted everyone to be part of every piece in some way. I also wanted to change up how, specifically, people digested magic. I was thinking about pieces that I could do surrounded, or with people laying on their backs, or entirely in the dark. But I still didn’t know how people would digest the show.

“Why don’t you put it in an escape room?” he asked. And everything just clicked.

I tell you this story because I’m fascinated with how sometimes the biggest ideas, the most ambitious projects, the most noteworthy achievements, hang in the balance of one small tweak. Six Impossible Things was already brewing as a messy soup of ideas in my head. I knew there were some good ideas in the mix and plenty of bad ones, too, but I didn’t have anything to connect them together. Harrison uttered nine words and everything came into alignment.

The moral of this story isn’t that Harrison’s advice for the setting of the show solved the equation or made life easy. It was just the catalyst that kicked off what would become three years of nonstop work. But it’s not an exaggeration to say that the show would not exist were it not for this small but significant suggestion.

I wonder, sometimes, what ideas are locked away in our minds, waiting to be unlocked by a simple idea that eludes us. My guess is most of our best ideas are one simple connection away from being practical. The question is, how do we find those connections?

I can only speak from my own experience, but I feel strongly about this: ideas become great ideas by being talked into existence. We have to actually speak the ideas out loud to other intelligent people to refine, shape, and evolve them.

People around me know that I’m always eager to talk through an idea I’m working on. I think it must sound to my friends like I’m pitching an idea to an investor. “The idea is that it’s a magic show, but each person helps with every trick,” I told Harrison. “And you know how many people come to a magic show hoping they might get to help with one little part of one trick? Well, in this show everyone helps with every trick.” I would continue with some of my more far-flung ideas: “My idea is that the show would be very exclusive. And get this: you can only come once.” In articulating my ideas out loud, I get feedback about which parts are crystal clear and which parts confuse people. I see which ideas people latch on to and like, and which ideas people feel are incomplete, or just bad.

Then, the next day, with another friend, I might pitch the same thing, but this time I might drop the things that didn’t test well the day before. I might ham up the ideas that proved most popular, or incorporate the improvements other people gave me. After a month of “pitching” an idea, I have the advantage of “starting” work on something with a significant amount of feedback.

In the case of Six Impossible Things, the idea was kicked around for months before I ever lifted a prop or got in a room with Luke Jermay to begin writing what would become the first draft of the show. And while it might have sounded like lunch fodder or a pipe dream to my friends at the time, those early conversations were so much more to me.

I’m excited for you to see the show, which will be available in a gorgeous box set launching later this week. Make sure you click the button below to get an exclusive invite join us for the live debut on November 25. We will be giving away some amazing prizes!