It’s so amazing to see my new book, Symmetry & Parity being released. What an intense journey it’s been! Over two years of hard work and love have made this possible. Fine folk across many countries—England, USA, Mexico, Malta, China, and Australia—have made this possible. Road blocks like Covid-19 (and the resulting delays and shortages), have tested us all. Big thanks to Andi, Joshua, George, and the fantastic team at VI who, with such professionalism and business-savvy, navigated the obstacles!

Along the path to bringing Symmetry & Parity to fruition, an oft-asked question has been: “What is the approach taken for deconstructing (and then reconstructing) classic technique (or methodology) in order to create new material?”

The answer, one I’ve been thinking about since I received the same question arose about my book Machinations, is:

These “blinders” are like obstacles. They function like the guards put upon a racehorse’s head to limit peripheral distraction; to keep the animal facing/moving forward.

It’s the same with many a magical effect, method or technique. We are set (or “blinded”) in the way we address and use these things. They are the “established ways,” the “classic ways.” The reason is often that the effect, method, or technique is achieving its said aim perfectly. If this is the case, then there is no need, or desire, to press ahead; no requirement for the inventor to explore any further. Familiarity and comfort are, in themselves, “blinders.”

Robert E. Neale’s Trap Door Card is perfect, just as it is. There was no need for Robert to explore further. None. However, by stripping the idea down to its skeleton—a blank piece of paper with no discernible front and back, and then asking—“What else can we use this basic structure for?”—new wrinkles did become obvious. Previously unseen relationships between the front and back of the paper, its orientational quirks, and other bits, were then put to use (and supplied as gloriously printed and die-cut performance pieces) in the Machinations book.

No doubt that Burling Hull thought his Svengali Deck was perfect when he patented it in 1909. And, I concur. It IS perfect. Over 100 years later the Svengali Deck is still one the most popular magical trick-decks in use. Why? Because it is the perfect rendering of both the skeletal dynamics and magical effect. Perfect. But have we been “blinded” by this perfection, not feeling the need to look deeper? I suggest that the answer is a solid, Yes!

We are all familiar with the Svengali Deck. (It was my first magic shop purchase as a young child.) The configuration: 26 force cards (cut short), and 26 regular face cards, has been the norm since 1909. So much time for us to get comfortable with the concept and, in a way, to become complacent. While we’d occasionally ask, “What else can I do with this Svengali Deck (and it’s 26 duplicate cards)? We’ve not asked, “What else can I do with these 26 short cards and these 26 long cards—that’s NOT Svengali related?”

In his deeply thoughtful book, On Writing: A Memoir of the Craft (Scribner, 2000), Stephen King encourages a way of writing fiction that is, in my opinion, applicable to the creation and performance of magic. After all, both crafts are story-telling in one form or another. Stephen suggests that plot can be set aside and that characters be thrown into a situation with the hope that they’ll react, respond, develop and work it out for themselves. Given the chance, they invariably do.

His point is that plot (we can substitute effect, method or technique), too firmly established at the outset, can stifle the characters’ organic development. I suggest that it is the same with the creation of magic. Why would you use the Svengali Deck in any way other than it was intended? We don’t. Why? I think it’s because we are constrained by its parameters. We are locked into a pre-established way of considering the deck. We call this “tradition.”

However, by stripping away pre-conceived notions and comfort, much is revealed—many new angles become apparent. Here’s how the “blinders” were removed, one layer at a time, in Symmetry & Parity :

The book begins with an approach to the controversial Any Card At Any Number (ACAAN) plot. I’ve long been a fan. If you’ve seen David Berglas or Marc Paul present the effect, I’m sure that you’re a fan too. It can KILL.

I’ve also been intrigued, my entire magical life, about the use of a Svengali Deck for the counting procedure used in ACAAN. It’s perfect for this application: Any number can be called and the card is found at that location. The card immediately before and after can be shown as being different. Perfect. However, if one is to allow the “free choice” of a playing card in the first phase, then you will need 52 Svengali Decks on hand for the counting phase. Too big a bulge in the pocket. (I have explored briefcases with 26 decks a case, a mechanical table like Asi Wind’s, and a blackboard that, depending on its orientation, would deliver any of 52 decks).

The problem was solved, to my satisfaction, by removing what was “blinding” me.” In this instance, it was my conviction that I needed 52 decks of cards!

The solution is the Resurrection Shuffle, a nifty idea that allows the audience members to shuffle the cards, even smudging them about on the table, before reassembling the deck in any order they desire. You’ve not once touched the cards, yet despite the spectators shuffling, the resulting deck is a perfectly ordered Svengali Deck. 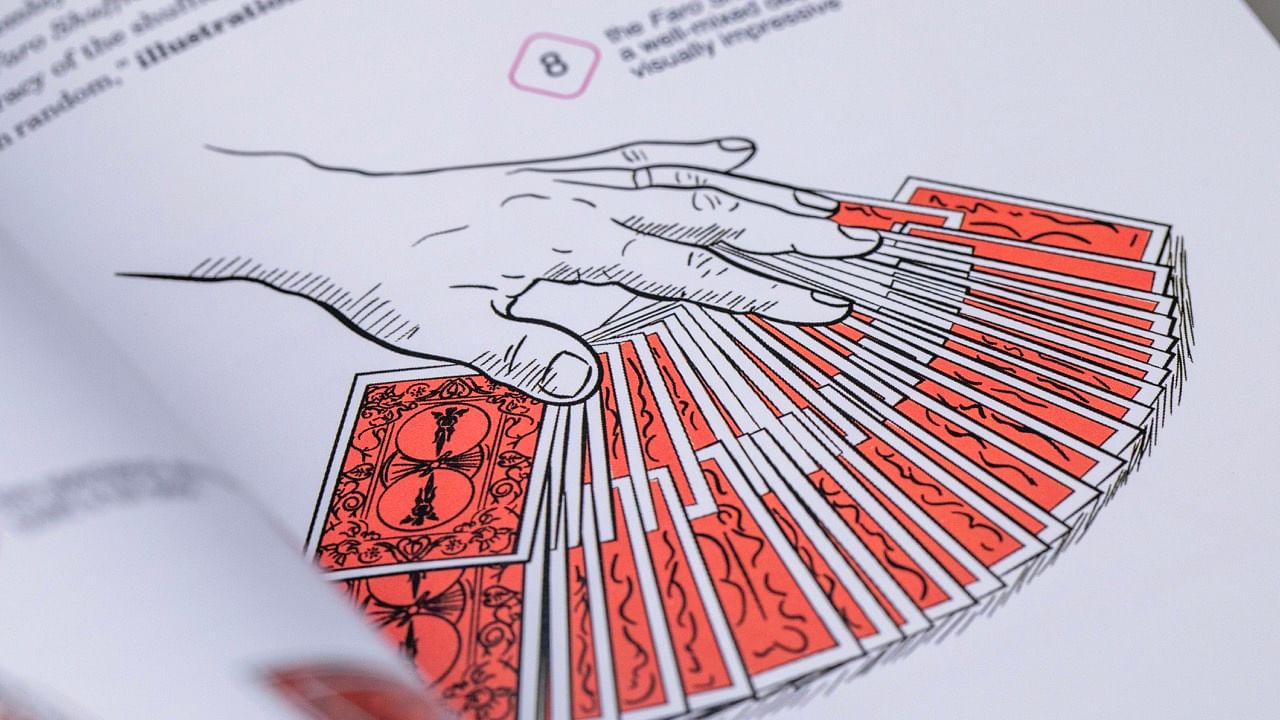 I am particularly happy with how this approach has allowed me to solve the ACAAN problem to my liking, and also for the warm reception the Resurrection Shuffle has received from the magical community. By applying the shuffle to the ACAAN plot and then to a Book Test (lovingly inspired by Douglas Adams and his book, The Hitchhiker’s Guide to the Galaxy), I thought I was done. Boy, was I wrong!

Another “blinder” fell to the wayside when I asked myself the question:

“Why do we need 26 identical ‘force cards’ in our Svengali Deck?”

We’ll discuss the surprising answer to this in Part 2 of this blog.