When I asked him about his secret for creativity he told me: “Just three words: KEEP A MESSY NOTEBOOK”. And then he emphasized: “It has to be all three things: that you keep it, that it’s messy and that it’s a notebook”.

“Him” is, of course, Jim Steinmeyer, one of my favourite authors and, undoubtedly, one of the most important creators in the history of magic and one of the main characters in the creation of stage magic of the twentieth century. For those who do not know him, it would be enough to say that he was the one who invented the Vanishing of Statue of Liberty but also it’s necessary to say that this is only the most renowned of his inventions. Like popular music, there are creations that everyone knows and performs but without knowing who the author is…well, many of the effects that you see today are his inventions.

But let’s go back to what “Keep a Messy Notebook” means. The last one is easy: use a notebook, something you can go back and forth and “keep it”. 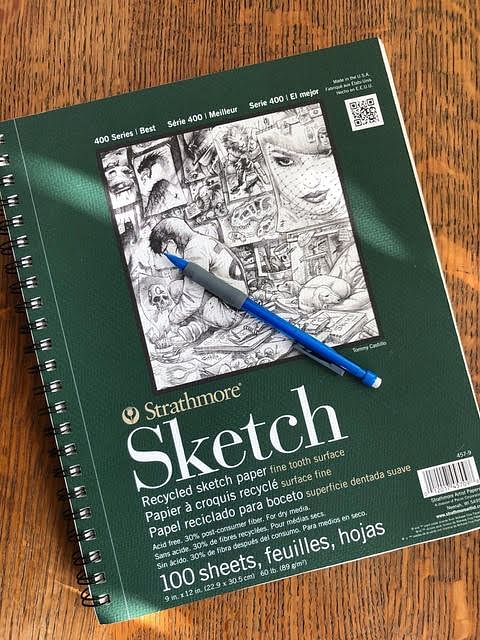 “Keep it” means to write in it constantly. Put out half ideas down, quarter ideas down, stupid ideas down, finished ideas down… all together. Just keep doing it, don’t bother making it clean. It doesn’t get shown to anybody. You never show a page of your notebook to anybody.

And here is where “keep it messy” comes to place.

He confessed that he had tried to keep his first or two notebooks really clean, something like a pen and ink description of what the finished trick was but then he realized that this was the wrong way to do it.

Now, of course, he has no problem with “half ideas” at all. In fact, he knows that this is how it works and why you need to keep writing it. 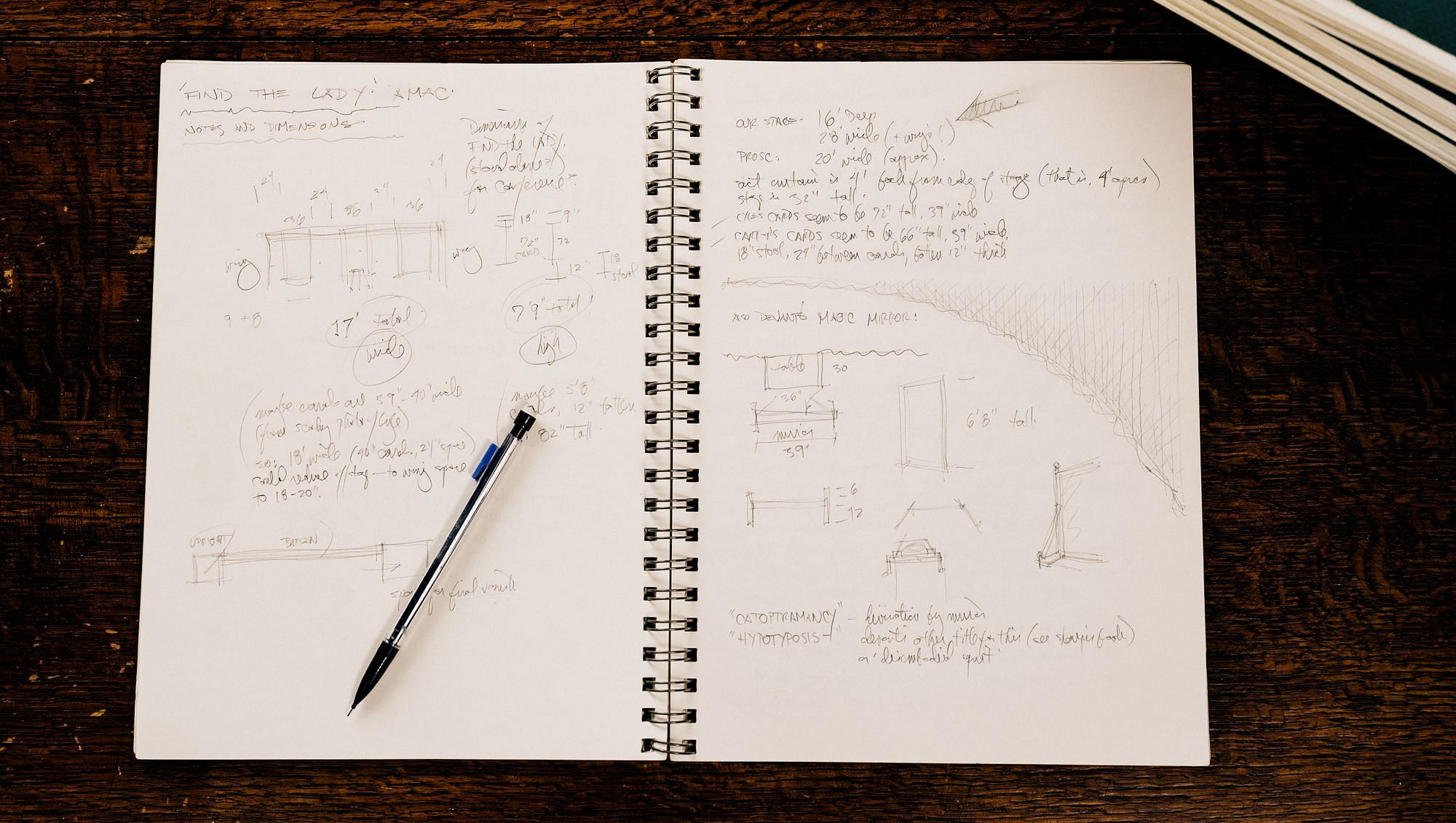 In the august issue of “Popular Mechanics”, the journalist David Howard also asked him about where his ideas come from and Steinmeyer talked about his notebooks. Howard describes:

“A spiral-bound Strathmore Sketch pad sits on the table between us, and he flips through it, pausing just long enough for me to glimpse the pages. There are careful sketches of rotating, hinging mechanisms, drawings of altered cabinets and wardrobes enveloping phantom figures and annotated with measurements and enigmatic notations. Two pages depict a giant industrial fan—clearly an illusion in which the performer passes unharmed through the spinning blades—but many of the others are impenetrable.“

There are 24 notebooks, 100 pages each. Counting both sides of a page, that’s 4,800 pages dating back to 1980 or ’81. Steinmeyer shows them to no one. His job is to “think of something completely impossible, then figure out a way to apparently accomplish it”—and that process can be messy. It usually involves revision upon revision, sometimes over several years. “What happens,” he says, “is that an idea branches—you start working on something and you go, ‘Oh, it would really be good if it was like this.’ And you pursue that for a little while and you go, ‘Yeah, that’s not right.’ And then you go back and you pursue this for a little while, and this starts working. Well, those”—he points to a stack of notebooks—“are all that. So when I abandon something because it’s not working, I can go back and find it. There are no dead ends.”

The first photo of this article is the one Steinmeyer sent to me. This is his notebook number 25.

PS: You can watch my interview with Steinmeyer here