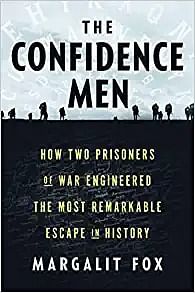 It is truly an honor to have former Senior Writer for The New York Times Margalit Fox on hand at Magifest 2023 to discuss the enthralling tale behind her bestselling book The Confidence Men. Recently named one of the best books of the year by The Washington Post and NPR, this captivating true story explores how two World War I prisoners utilize magic and mentalism techniques to concoct one of the most cunning escape plans of all time.

Our own Joshua Jay couldn’t put The Confidence Men down once he started, and we’re so excited to have Margalit join us to talk about the book and sign copies.

Until then, let’s play a fun game of two truths and a lie.