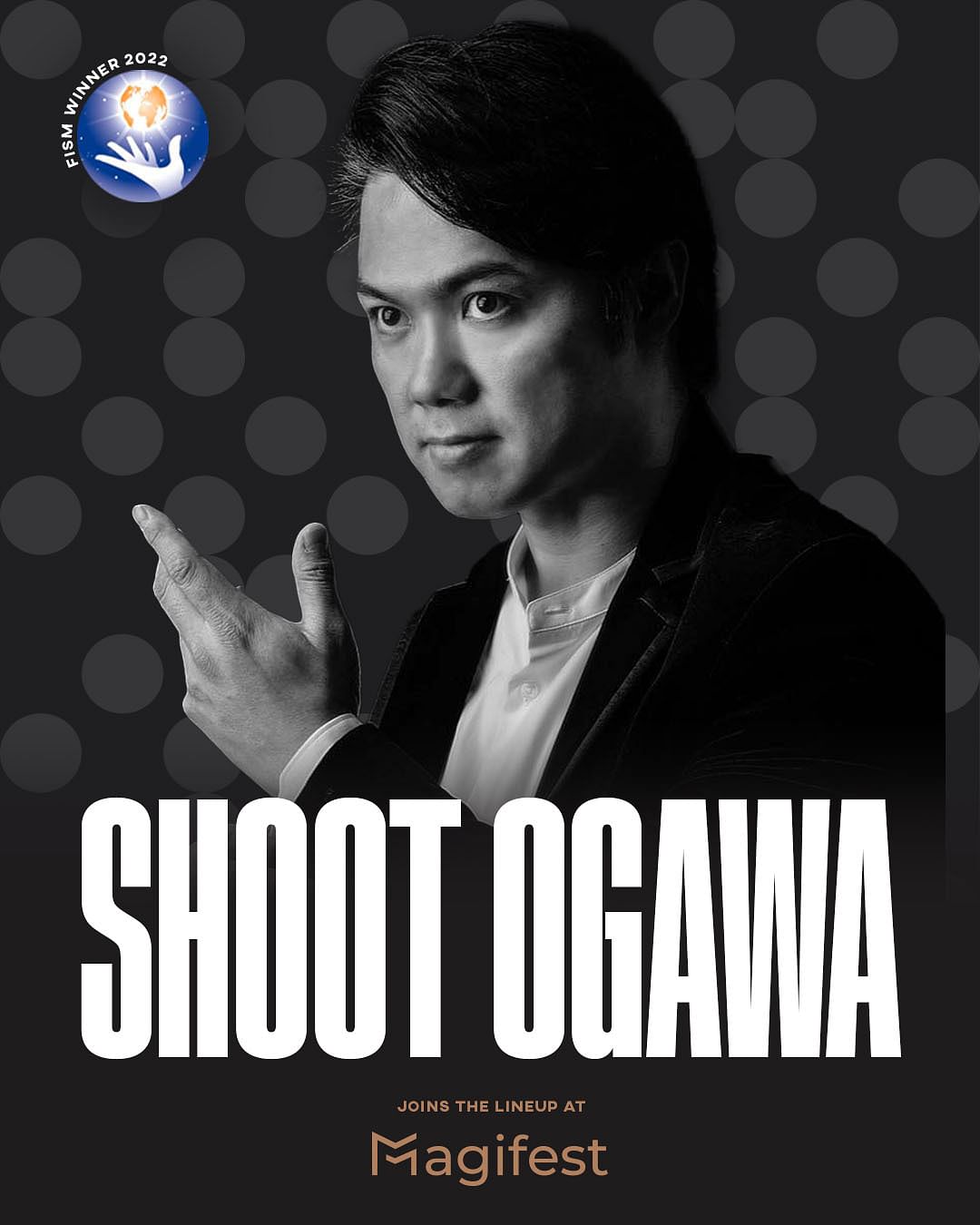 Fresh off his win at FISM 2022 in Quebec, Shoot Ogawa will be presenting his award-winning act for the first time ever outside of the competition. Magifest 2023 may be the one and only time you’ll ever get to experience this incredible routine live. It’s an opportunity you will regret missing.

As another special treat only for guests of Magifest, Shoot will also be presenting a detailed lecture on a variety of gimmicks, techniques, ideas and structure tips—many of which were plucked right from his FISM-winning act.

For those that want a true VIP experience, make sure to sign up for Shoot’s intimate 3-hour workshop before it sells out. This hands-on workshop is a one-of-a-kind experience that will feature the sleight of hand master’s best routines and a ton of unpublished material. Tickets are very limited.

Clearly Magifest 2023 is going to be one for the ages. To help pass the time until January, here is two truths and a lie with Shoot Ogawa.